Signed B/W gloss picture of George Formby dated 1943, signed in blue ink in good condition with some small creasing, approx size 4½ x 3½.     George Formby, OBE (born George Hoy Booth; 26 May 1904 – 6 March 1961), was an English actor, singer-songwriter and comedian who became known to a worldwide audience through his films of the 1930s and 1940s. On stage, screen and record he sang light, comical songs, usually playing the ukulele or banjolele, and became the UK’s highest-paid entertainer. 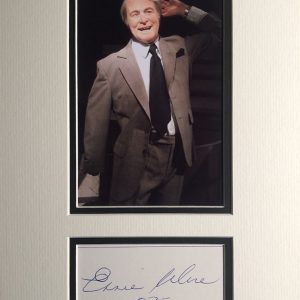 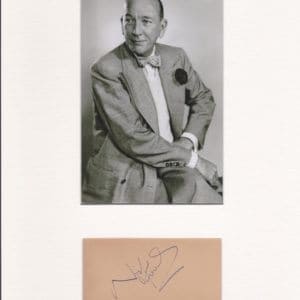 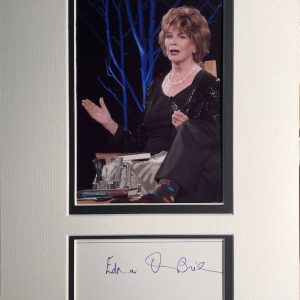 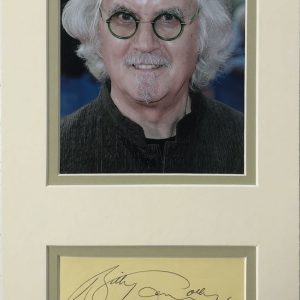